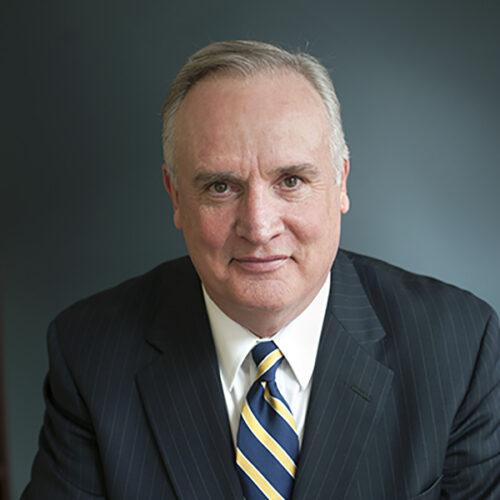 Rear Admiral Garry Hall, received a political appointment to serve as a Senior Director on the NSC and Special Assistant to the President for National Security Affairs. On the NSC he was responsible for Human Rights, Humanitarian Assistance, Immigration and Migration, Atrocity Prevention, United Nations Operations, Democracies, and Fragile States. In support of these portfolios, he led a team of career professionals dedicated to each of these functional areas.

A graduate of the United States Naval Academy he served 35 years on active duty. A naval aviator, he flew anti-submarine warfare helicopters and commanded two squadrons. Additionally, he commanded the capitol ship USS Tarawa LHA 1, which had a compliment of 1000 Sailors, 2000 Marines, 32 aircraft and 3 landing craft. As a Flag Officer he served as General Tommy Franks Information Operations Officer at the beginning of Operation Iraqi Freedom, served with NATO in the United Kingdom, commanded an Expeditionary Strike Group deployed to the Middle East, and led a Senior Service college at National Defense University.

Admiral Hall holds a B.S. in Marine Engineering from the U.S. Naval Academy, an MBA from Southern Illinois University at Edwardsville, and is a graduate of National Defense University’s Capstone Course.